Within a couple of hours of driving through the Maputo Special Reserve, the realisation dawned; it was unlike any other conservation area I have ever visited in Africa.

I processed the blending habitat it notably fashions with its natural lakes, coastal dune forests, open veld and deep-seated sandy soils! Traversing these primitive roads, it was touch and go with some of the vehicles. I wondered if today we would make it out of the reserve before sundown.

With the sun directly above us, and the breakdown of another vehicle, we piled into my Suzuki Jimny, to continue our journey through the ‘Special Reserve’. The unusual biodiversity forges the Reserve as an important component in the protected areas system of Mozambique.

In 2010 the Mozambican government introduced a translocation programme which then saw the first introduction of zebra, impala, warthog and nyala. However, in addition the Reserve is now also home to blue wildebeest, giraffe and kudu. In total 909 animals have been translocated, all with a positive response. According to aerial game count report the Maputo Special Reserve has an estimated elephant population of 452.

Previously, poaching for antelope within the reserve was a major concern, but today it is well maintained, as are the elephant herds. Together anti-poaching operations, permanent rangers, reserve management, police and a district public prosecutor are deployed in the field to address poaching and the illegal trade of meat. In addition to this, collaboration was implemented between some members of the local communities, whom have been positioned as inside informers.

Armando says, “The combined efforts have seen a marked increase in snare removal and a drop in the number of small wildlife poached. The reserve’s anti-poaching and community assistance team held numerous meetings with the communities to explain to them why they should not themselves become involved in poaching activities.”

Regrettably other reserves in Mozambique are not as fortunate. Mozambique is under pressure from international conservation groups to do more to curb rampant poaching. Likening the crisis to a “national disaster,” the WCS, a New York-based environmental group, warned that organised crime syndicates were killing between 1,500 and 1,800 elephants a year, mostly in northern Mozambique.

The poachers use automatic weapons and high-calibre hunting rifles. But spikes concealed in the bush have also been used to wound animals in the coastal Querimbas reserve. And this unfortunately results in slow and agonising deaths from gangrene.

As we continue trudging deeper into the reserve, somewhere alongside the lake we spot a fisherman burning fish. We halted to investigate. Peace Parks Foundation has appointed a community development technical adviser to implement a strategy. The objective is to bring about sustainable economic development and benefit sharing by communities living in and around Maputo Special Reserve. Through a consultative and participatory process they aim to develop nature-based tourism and conservation enterprises.

Armando exclaims, “The Community Development Facility has extensive projects on the go. However, current projects related to conservation or which may result in supporting community conservation are as follows:

1. The projects include training; supplying water to 10 400 people; a commercial chilli projec;t and another for growing vegetables in greenhouses.
2. Eco-lodge project located in Chemucane an area leased by the government to communities. Here the communities have entered into partnership with private sector to explore tourism opportunities through construction of lodges.”

During the Maputo Special Reserve opening ceremony, a cheque for 20% of the park’s 2013 revenues was handed to the reserve’s 17 communities, ±8 800 people. The reserve’s Community Development Facility, a joint initiative between the government of Mozambique, COmON Foundation and Peace Parks Foundation, is supporting community projects to the value of R56.2 million.

On 18 November 2014, the World Bank Group’s Board of Executive Directors approved a US$40 million International Development Association grant to support the implementation of the government of Mozambique’s Conservation Areas for Biodiversity and Development Project, known as Mozbio. This programme benefits from an additional US$6.3 million grant provided by the Global Environment Facility.

The Mozbio Project will strengthen the way conservation areas are protected and improve the lives of communities in and around the area. This through activities that establish efficient management and promote tourism, as well as create jobs, business opportunities and other sustainable livelihood efforts that focus on conservation and biodiversity. Mark Lundell, World Bank Country Director for Mozambique says, “We want to help the country unleash the economic potential of conservation and tourism as means to foster sustainable poverty alleviation.”

Following my chats with these significant stakeholders, I am hopeful for the future of Maputo Special Reserve. It was an eye-opening traverse, and today we were lucky, we did make it out on time! And watching the sun go down, I realised, I had just driven ground of untouched African wilderness.

These headquarters, funded by the World Bank, include entrance gates at Futi and at Gala, both with a reception office, boom gate, kiosk and restroom for visitors. 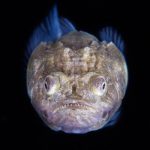 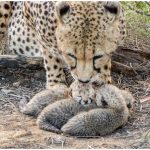 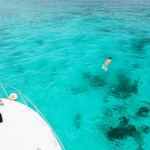 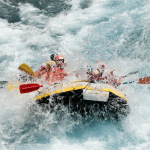 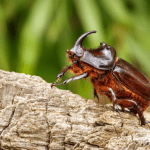 Divert your gaze with these extraordinary Little 5