Now you can Orlando like a local your first time DisneyWorld

It is no wonder Orlando is considered the theme park capital of the world with 7 top theme parks in 1 sunlit destination. And in addition to these spectacular theme parks, it also offers an award-winning food scene, versatile shopping and hidden gems! Orlando continues to offer new, and unique experiences for visitors to create cherished memories.

Orlando is best known for some of the world’s top theme parks and water parks. No doubt, to its size and complexity as a first time visitor it can be overwhelming to plan your trip. We have put together a quick guide on what you can expect, including best planning tips. With a unique mix of legendary theme parks, water parks, spectacular museums, world-class entertainment and blockbuster rides and attractions, there’s fun for everyone visiting Orlando.

Magic Kingdom Park is considered the quintessential Disney theme park. By, and large this due to it featuring six magical lands with attractions, restaurants and shops based on favorite Disney themes of fantasy, yesterday and tomorrow. The New Fantasyland expansion includes

This theme park is home to a complete motion picture and television studio. Feature attractions include:

Guests can also step into StarWars experiences with exciting live entertainment, out-of-this-world encounters with favorite Star Wars characters. Popular are the special displays inside Star Wars Launch Bay that take guests behind the scenes of the epic saga, and a first-ever themed tour.

This theme park offers encounters with exotic animals, fictional animals and giant dinosaurs from the prehistoric world. Not-to-miss attractions include:

At Typhoon Lagoon guests can enjoy twisting tides, roaring rapids and relaxing rivers. Whether navigating the seven water slides, swimming with shark sand tropical fish or conquering waves in the largest wave pool in the U.S.,this exotic paradise promises to be the wettest water adventure ever.

This Water Park features one of the world’s tallest, fastest free-fall speed slides in a whimsical “winter” setting. It is the largest of Disney’s waterparks, with 22 water slides and “icy” bobsled runs that stay comfortably warm and thrillingly fast.

This is where visitors can experience:

Islands of Adventure features different lands where guests are immersed in the worlds of wizards, beasts, heroes and toons. Guests can explore:

One of Universal Orlando’s new water theme parks, Volcano Bay opened in May 2017. The water park offers innovative, thrilling attractions like the Ko’kiri Body Plunge, which sends guests down a 70-degree fall through a drop door. This dizzying 125-foot decent ends with a watery tribute from the volcano god, Vol. The park also offers peaceful moments of relaxation, like the Kopiko Wai Winding River, where guests take a slow ride through Volcano Bay’s tropical landscape and beneath the lava rocks, while Stargazer’s Cavern reveals the magical night sky above.

The theme park ALSO features whale and dolphin shows and other animal exhibits.

In spring 2018 the Park will be waving in a new family raft slide. Ray Rush will take guests on three exciting thrills as they slide, splash and soar like never before. The new attraction will replace HooRoo Run, which closed in 2017.

At Discovery Cove guests can swim with dolphins, snorkel with tropical fish & rays and hand-feed exotic birds. It is an all-inclusive, reservations-only adventure that includes a full day of activities, swim and snorkel gear, breakfast and lunch, plus a 14-consecutive-day pass to SeaWorld Orlando and Aquatica, SeaWorld’s Waterpark.

OUTSIDE OF DISNEY WORLD RESORTS:

LEGOLAND Florida Resort caters to families with children, ages 2-12. Among the attractions, families can imagine and build a unique LEGO vessel and set afloat around the 1000-foot-long (304.8-meter-long) lazy river, slide down toddler-sized or 60-foot (106.6-meter) water slides or relax at the LEGO WavePool, featuring gentle waves big enough for all members of the family to enjoy.

To plan your own itinerary visit here

If you are looking for ultimate romantic time Florida 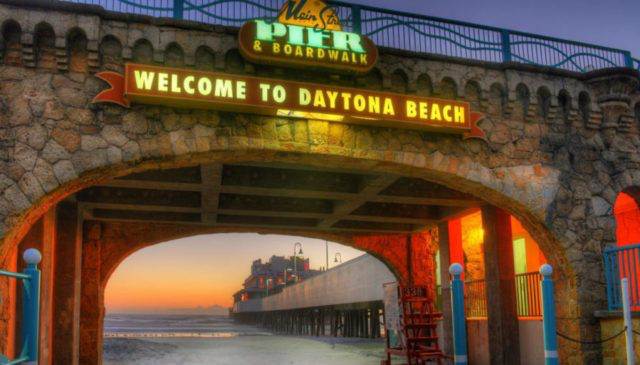 Here are six one of a kind Daytona summer adventures