Sit-back, relax and watch light-footed sea lions animatedly show off for you, while on a cruise. Sea lion tour operators in Jurien Bay continue to run impressive sea lion tours, now with the aid of new state-of-the-art boats.

Thanks to the rise of social media, chiefly Instagram, sea lions have consistently drawn positive attention, with many visitors wishing to meet the creatures. Their puppy-like nature and unreserved curiosity towards swimmers often result in impressive underwater footage. Turquoise Safaris‘ new boat, Sound Waves, has been touring from early November and will continue to operate year-round. The vessel is a custom built, ten metre long fibreglass catamaran, which can carry up to 12 passengers and is universally accessible with on board facilities.

According to Australia Coral Coast, “The Australian sea lion is the world’s rarest species – it’s believed there are less than 12,000 remaining along the country’s southern coastline. And one of their main breeding grounds lies offshore from Jurien Bay giving you a chance to watch sea lions in the wild.”

J-Bay (named by the locals) offers fantastic fishing, snorkelling and 4WD conditions. Additionally, only a stone’s throw from Jurien Bay is Nambung National Park, home to the iconic Pinnacles Desert – a favourite pit-stop for road trippers.

Sea lion tours continue to rise in popularity among visitors to the Indian Ocean Drive area, and depart daily from Jurien Bay and Green Head. The Australian sea lion is one of the most endangered pinnipeds across the globe; it’s believed there are less than 12,000 remaining along the country’s southern coastline. Large colonies inhabit areas off the coast of Jurien Bay, leading to an increased chance of spotting the creatures whilst on tour. Hundreds of sea lions live on the isolated Buller and North Fisherman islands, as well as Essex Rocks only a few kilometres off the coastline.

Jurien Bay has firmly established itself as a family-favourite destination, and continues to be a short break destination of choice – especially among Perthites. An easy 2.5 hour drive north of Perth, Jurien Bay boasts affordable accommodation options embracing a nostalgic seaside getaway where minimal effort is required.

One thing is certain, along with the sea lions, and beautiful beaches, there is also a charming blend of wildflowers and historical treasures around Jurien Bay (Lesueur National Park), Coorow (Alexander Morrison National Park) and Badgingarra (Western Flora Wildflower Farm).

Visit australiascoralcoast.com for more information regarding Jurien Bay sea lion tours, Turquoise Safaris or planning your next getaway to J-Bay.

It’s surprising how far you can go and what you can see with just three days road tripping on Australia’s Coral Coast.

Wake up early and head north via the Indian Ocean Drive towards Dongara-Port Denison, a four hour drive from Perth. Dongara-Port Denison is an RV friendly town, offering free camping in selected locations – enquire with the Visitor Centre. There is plenty of accommodation from hotels, to holiday homes, to campsites. If you’re visiting on a Saturday, stop into the Weekend Markets to pick up some local treasures. The best way to explore this seaside town is with Beach, Sand, Land Tours who offer 4×4 tours where you can learn to sand board, then learn about the history and birdlife of the twin towns visiting the Irwin River and surrounds. Golf enthusiasts will love the Dongara Golf Course with views over the Indian Ocean. A full 18 holes, it’s a quick course with clubs and buggies for hire. Finish your Saturday evening at the Drive-In movies, the oldest operating drive-in in Western Australia. New release movies are offered from May to October. Overnight: Dongara-Port Denison

Wake up early to enjoy a beach breakfast at South Beach and take the morning to go crabbing off the Port Denison Marina. For those who love to walk, take to the Thungarra Trails – six different trails that traverse the ocean and river with scenic views, spotting flora and fauna. When travelling the Indian Ocean Drive, keep an eye out for echidnas who can often be spotted during the day between Dongara and Jurien Bay. Arriving in Jurien Bay, consider hiring snorkel gear and picking up the ‘swim cards’ for the Jurien Bay Underwater Interpretive Snorkel trail, accessed 25 metres out from the Old Jetty piles on the beach. The Swim Cards (available from local shops) outline which fish species and coral you will see on the trail. Enjoy the evening with fish and chips on the beach or marina. Overnight: Jurien Bay or Cervantes

For walkers or cyclists, bike the Turquoise Way which has recently been extended, now almost 30km of paved coastline. If you have a 4WD, visit the Stockyard Gully National Park to see the fascinating below ground river system of caves, once forming part of the stock-route for sheep and cattle. Take care in the caves if it’s been raining, due to potential flooding. Visit Nambung National Park, home of the Pinnacles and stop into the Interpretative Centre to learn more about the area before returning back to Perth.

Turquoise Safaris currently has a 5 out of 5 star TripAdvisor review rating from over 120 reviews. 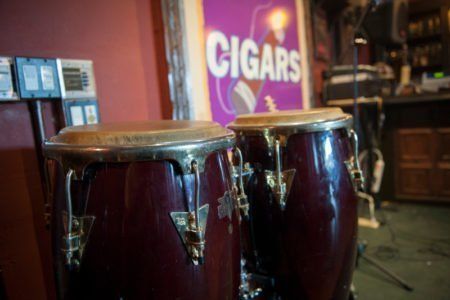 A luxury Latin escape from the best of Miami 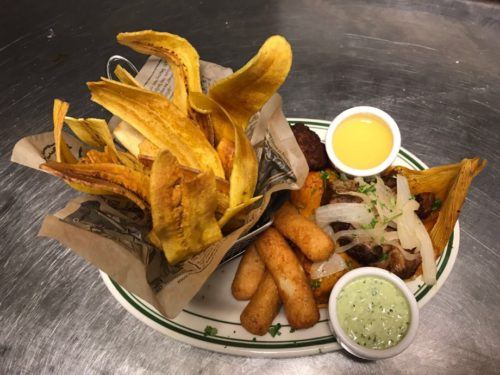 A breakthrough to the best in Miami food scene

The remarkable and noted colorful traditions of Kosi Bay