See one of the worlds most startling wildlife migrations

Christmas Island’s red crab migration, described by Sir David Attenborough as one of the most spectacular annual migrations on the planet, is underway.

If you are looking for wildlife phenomena to add to your travel bucket-list, here is one that will startle. Millions of red crabs hiking from rainforest to beach! And, according to Christmas Island marketing manager Linda Cash, “The ever-present crabs take the most direct route possible from their burrows in the rainforest terraces down to the coast, turning roads, the golf course (where there’s a penalty stroke should your ball accidentally hit one!) and beaches into a crimson carpet.”

Sound unbelievable? The truth is this is a very real extraordinary occurrence! All phases of the crabs’ breeding migration involve millions of crabs and usually occur all over the island. Ultimately the island becomes red!

However, the crabs will only start their migration if there is enough time for them to complete their downward migration, mate and develop eggs before the next suitable spawning date. If the rains stop or fade, crabs will delay their migration. Or, if they have started migrating, they will stop moving and stay wherever they are until the rains begin again.

This year heavy rains have assured safe passage for the migrating crabs as they make their way from the island’s rainforest to the sea to spawn.

Rangers on Christmas Island have been busy over the past several weeks preparing the island for this annual phenomenon, clearing gutters and building bridges in their efforts to manage Australia’s most delicate traffic operation, helping 50 million crabs on their annual migration to the sea to spawn.

Although thousands of red crabs queuing to crawl under purpose-built grids is a spectacular sight for visitors to this tropical outpost, it’s the island’s only crab bridge which has become a major hit with tourists. The 5-metre high bridge is complete with specially-designed surface to prevent crabs slipping off, which spans the island’s busiest road.

The crabs mate about 14 days before the spawning dates and mating takes place in the burrows the males have dug. Before the turn of the high tide and just before dawn the females will again move to the waterline. After mating the males again dip in the sea before starting their return migration to the forests.

At the turn of the tide millions of female crabs around the island drop their eggs into the sea. After they have dropped their eggs the females commence their return migration, which can take two weeks or more to reach the plateau forests.

“In recent years actions of the community has really complemented the great conservation efforts of the rangers to reduce number of crabs killed on the roads,” says Ms Cash, who adds “There’s a real appreciation of the importance of the crabs to both our fragile island ecosystem and our nature-based tourism industry.”

For further information, or to plan a future trip to see this incredible wildlife phenomenon click here.

The Christmas Island community grew to become a fascinating melting pot of cultures. Today, visitors are welcomed and encouraged to join in, learn more and experience the thriving, contemporary Christmas Island “feel” in the many amazing foods, festivals and places.

Christmas Island currently has a 5 out of 5 star Tripadvisor review rating. 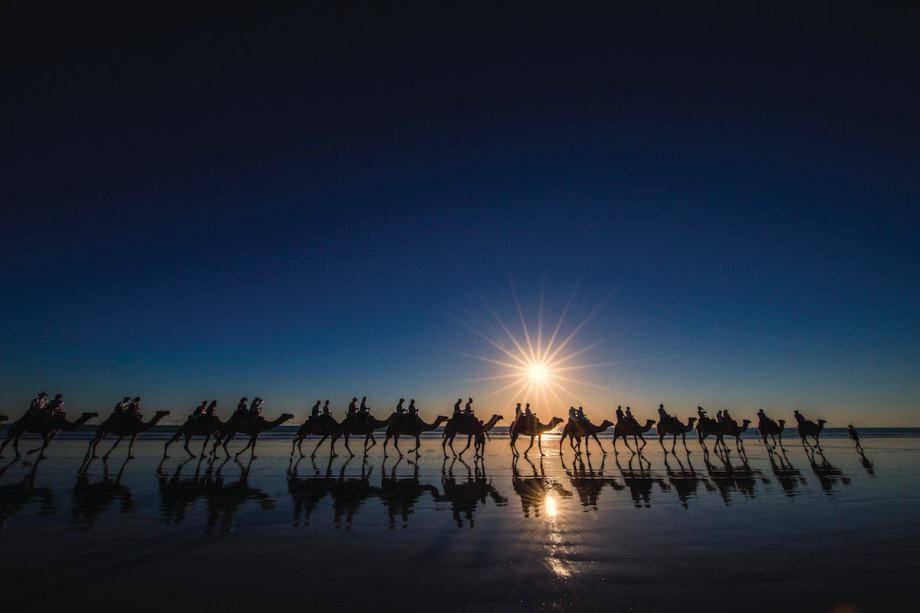 See these startling highlights of Australia